Cop Accused of Sending Nude Photo of Himself to Suspect

MARIETTA, Ga. Authorities say a Cobb County police officer suspended for sending an explicit photograph of himself to a woman he arrested did NOT initiate the exchange.
Officer Roy Collar was suspended from the county police department's D-U-I Task Force after officials received a complaint that he sent a photo of his genitals to a woman he arrested on D-U-I-related charges.

A spokesman for the department -- Officer Wayne Delk -- says Collar did NOT start communications with the woman. Authorities have NOT released the name of the woman arrested in the summer.

Delk says the woman sent a photo -- quote -- "of a similar nature." He says she and the officer communicated -- exchanging photos at least once.

Delk says it is NOT known how long Collar communicated with the woman or if the communication was limited to e-mail or regular mail.

Delk says the investigation has been finished but the details will NOT be released until the report reaches Police Chief George Hatfield.

Hatfield says he should have the report in ten days. Hatfield says Collar could face suspension without pay or termination if the department takes disciplinary action against him.


Moral!! --> Never post on the internet (or send via email) anything you wouldn't want the whole world (or your mother) to see.

Oh, and while I was at lunch today I realized that my cool blue purse has HAD it. The handle is about to rip right off. :( I LOVE that purse!!

So I mourned that wonderful purse for about 20 minutes as I drove to the store...

And now I have a new cool purse. It's red and made out of a kind of cordoroy material... *tee hee* 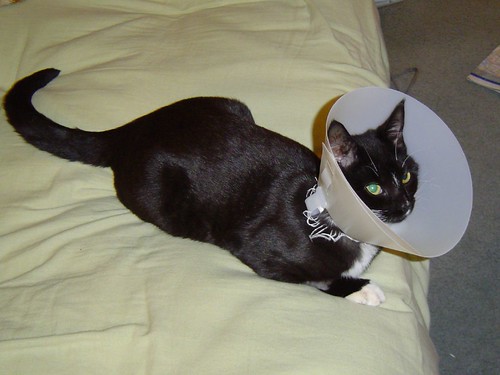