So I took some pics of the crazzzy snow in Saratoga Springs using the camera on my phone.  Which means the pictures basically suck.  But what's a girl to do?

Pics of the snow on Tuesday evening (6pm-ish) 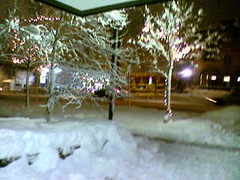 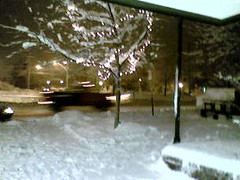 And also pics of my rental car after the snow finally stopped: 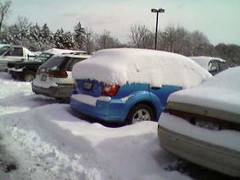 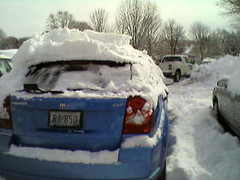 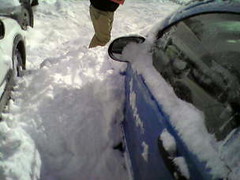 (There was at least 2 feet of snow piled on top.)


Edit: A little backstory:
It basically started snowing on Tuesday mid-afternoon, and didn't stop until the wee hours of Wednesday night.  That's a lot of f'ing snow.  It was beautiful.  Especially considering I basically only saw it out my hotel room window.

Also, the bellboy is the person who dug my rental out and cleaned the 2 ft of snow off my car.  He actually got a giant-snow-pusher-thing after first trying to clean it off with the hotel's shovel.  I tipped him $20.  I hope that was enough.
Collapse