My brother-in-law participated in a fundraiser for kids with cancer.  It was simultaneously a way to raise money and an act in solidarity with kids who lose their hair during treatment.  AKA - he raised money by shaving his head!  :)  Now, it must be noted, that my BIL has great hair, and has worn it at various lengths (usually longer) during his life.  So this was no small act on his part.

And because I was one of his "biggest supporters" I got first glance at the before and after shots. 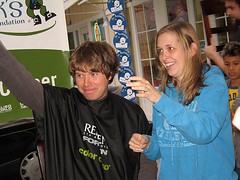 (And, of course, my sister was given the honors of the first shave.) 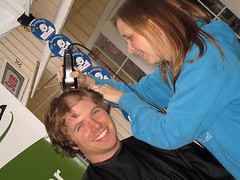 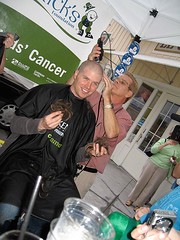 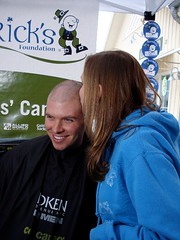